This webinar plays live in:

Join us this New Moon for
a Free & Live Webinar for Women:

How old were you the last time you felt truly, completely free and comfortable in your skin?

I must have been around 6, running around clumsily on the beach, half naked, not a care in the world. I didn’t compare myself to the other little girls, I didn’t care what I was - or wasn’t - wearing, or if it was hiding my rather round little belly.

It wasn’t that much later in life that I began to wonder why I didn’t look like the girls in magazines or my favorite singers on MTV.

By the age of 15, I started fixating on my seemingly huge hips, and made it a point to keep them covered in “the right” clothing.

From confident and carefree, I suddenly became:

As women, from a very young age, we’re conditioned to seek an unrealistic ideal of beauty and get raised with a warped view of what it is to be feminine.

All this, at a very sensitive time when we’re only just figuring out our own identity.

We adopt the ideal as our own even though it’s actually been created by a male dominated marketing economy.

Soon enough, we lose access to our inner voice and our own ideals.

And just like that, we have been severed from our natural connection with our body.

Left incomplete, with a profoundly deep wound we carry with us every day as a keepsake.

And thus begins the heartbreaking separation between your body and yourself.

And with nowhere to go - being literally attached to you - your body takes the verbal abuse day after day. Chances are, it’s been years.

And if it’s lucky, it stays at verbal abuse. But for many women, the relationship extends to physical abuse in the form of starvation, bingeing, excessive exercise, and a rollercoaster of restrictions.

Effectively, you’ve distanced yourself from your body by completely overriding its unique, individual needs. 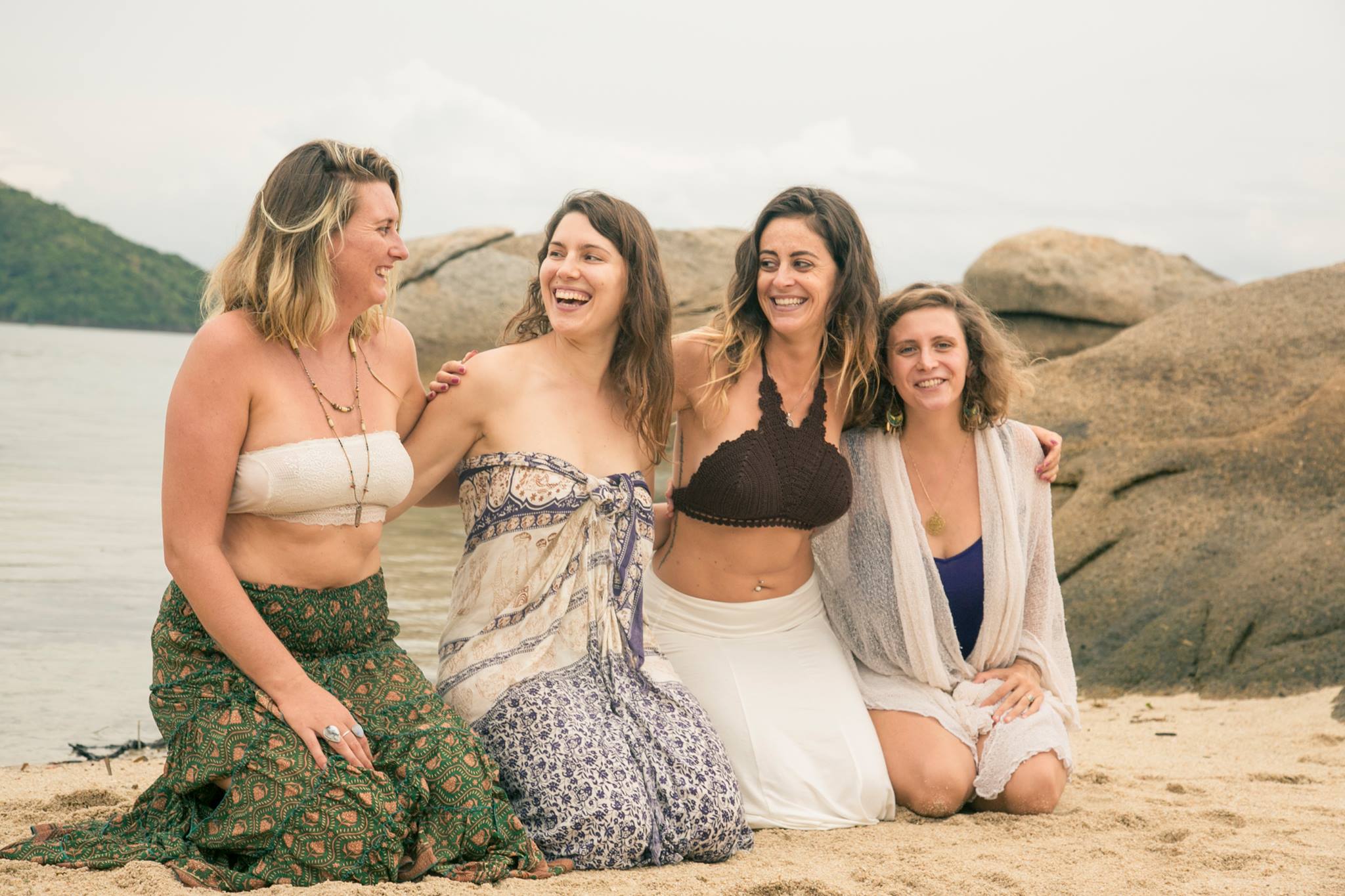 I know it’s crazy to think you’ve separated from your own body. After all, you’re in it.

But let me ask you this: What would you do if you were trapped in an abusive relationship with nowhere to go?

Would you respond to every insult, or would you start closing up, shutting down, and maybe, even go numb after a while?

Would you want to do any favors at all for your abusive partner?

This is the very sad state of the relationship between the modern woman and her body.

Over a series of decades, the patriarchal system has made an enemy out of your own body.

And it’s making BANK from it.

The sad truth is, they are monetizing your insecurities.

And they’re pushing “one fits all” formulas onto you.

And chances are, you and your body have both been sick of it for a long time.

As a woman, you’re gifted with heightened intuition.

You know in your gut that you don’t fit one mold.

You know you’re here to embrace your individuality.

You know you were not given this body to bash it.

You know you have your own, unique shade of beauty and that you possess profound gifts to share with the world.

But the devastating reality is that the external voices of the modern world are deafening, pervasive, and near impossible to escape.

And they’ve left you with severe confusion, doubting your own inner truths. 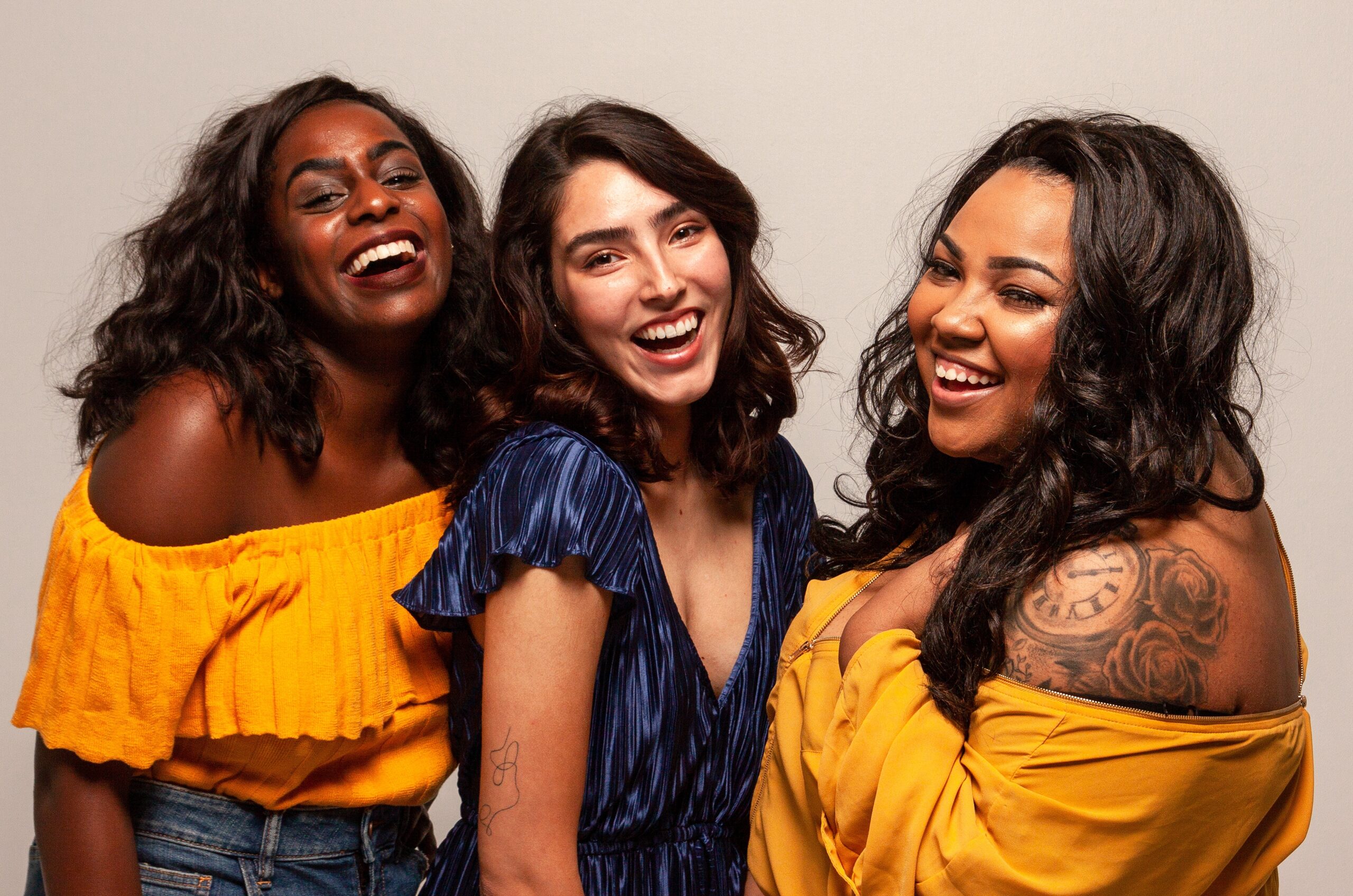 No matter how hard you work, it will never feel good enough.

Even when you push through an intense workout challenge, or follow a new nutrition plan and visibly see the results.

Yes, you will probably feel really good. But it still won’t quite feel good enough.

And it never will.

Not until you heal your relationship with your body and learn how to truly love it, inside and out.

See, all the relentless media messaging, all those deafening external voices that have been targeting you since day one…

They’ve effectively convinced you that there is a problem that needs your attention.

And then they effortlessly proceed to sell you the solution.

And if you’re looking for another external solution, I don’t have that for you.

I don’t have the “secret” to reaching your 2021 fitness goals and I definitely can’t give you the formula for shedding any remaining Christmas weight within the next week.

And I don’t want to.

What I do want, is to heal and erase your limiting beliefs about yourself and help you understand why you don’t actually need any of these formulas.

That you don’t need to fit anyone elses’ mold.

What I want is to enable you to fall in love with every ounce of your female body and honor it for the powerhouse it is.

And as a love and relationship coach with over 10 years of experience, I’m here to help you reconnect with your body and free it from the abuse it’s been patiently taking for all these painful years. I’m here to show you that there is no problem to solve in the first place.

And once you fully align with your true nature as a woman and actually open communication with your own body… it will naturally and effortlessly show you what it needs to reach its optimal weight, strength, size, health, balance.

And you will regain the ultimate power that it is to be you.

This is how we’re going to transform:

I am right here, on this journey with you. And within a sacred container of like-minded sisters, we’re going to undergo a deep healing process together.

We’re going to fearlessly face our wounds and reconnect to our inner Venus; the unapologetic, confident, fiercely sensual inner goddess that has been there, waiting for us all along.

You will be introduced to the Venus Codes Freedom Formula, my immersive 4 step process for completely transforming your relationship with your body.

Experience a powerful technique to heal & release painful past conditioning, a gift from me to you that you can take with you into your daily life.

This is a valuable tool you will be able to use anytime you may find yourself vulnerable to external voices, or attacking your beautiful body again.

We are taking this monumental step towards our transformation at the very start of the new lunar cycle, on the New Moon.

We are going to harness the magical energy of the New Moon to plant the seeds of healing and transformation; shedding the limitations of old, past conditioning and setting our focus on the start of a new relationship with our body. Using the magnificent universal force of new beginnings, we’re going to embody the woman we came here to be, in her full power.

Although I’m sure that, like me,  you’ve been conditioned otherwise, there is no reason being a woman needs to be an inconvenience.

You can be strong in ways our beautiful men would never be able to be.

Allow me to tell you your secrets.

This webinar plays live in:

RSVP below to join this FREE & LIVE webinar for Women:

*Replay will be available for 48 hours after the live webinar

About Your Host, Magda Kay

Growing up, I was conditioned with a very specific definition of what it is to be feminine (something I now know to be completely untrue). In my case, this unfortunately resulted in not feeling completely comfortable and safe around other women. Over the years, I came to realize that when I faced the greatest heartbreaks and challenges of my life, it was always other women who gave me strength. When I was disconnected from my power, it was women who lifted me back up. Through my reconnection to sisterhood, my past wounds started healing very naturally, as I was supported to tap into my feminine power. It’s something I will be eternally grateful for. For this reason, I dedicate a large part of my work to helping women reconnect to their unique power. And as I have experienced firsthand - both through my work and my personal life - the undeniable magic that can take place when a sisterhood comes together, I cannot wait to commence this journey with you. 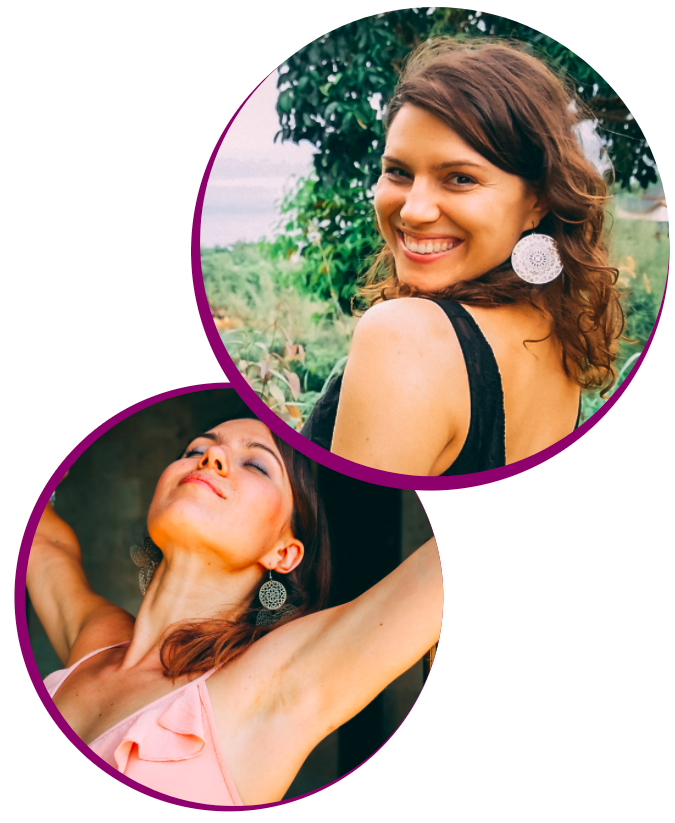 I am a passionate Sensuality Coach and a Tantra Teacher with over 10 years of experience. I work with men, women and couples all over the world, teaching them how to be profoundly intimate, how to reignite their passion and how to open their bodies to deeper sensations and true pleasure.

I am trained in the ancient arts of Tantra Yoga and Sacred Sexuality. Today, this is my natural state of being, but it wasn't always like that. I used to struggle with orgasms and I lost more than one relationship over that. I have finally opened completely to orgasms. I have finally discovered my blissful nature and what worked for me was something I never even heard about. In fact, it was contrary to how we look at sex today.

Here are just some of the stories from
the Women like you who have worked with Magda:

I felt really shut down. My last relationship destroyed my self-esteem and I was scared to open up to another man. I was looking for a way to open my heart, but didn't know how. This is when I came across Magda's training. This was exactly what I needed. It was so refreshing to have an open conversation about intimacy and hear Magda share her personal story. I really didn't know that my own sexuality is so big, and that I am so sexual. I now feel connected to myself, and my body again. I am ready to fall in love again.

Magda, thank you so much. I can't even describe what it did for me and my relationship. I will be forever grateful.

Brilliant session Magda. So interesting. so much good information put together in such an easy and concise way to understand. I fully believe I can experience all these things you're talking about. And I’m finally ready to meet a guy to explore this stuff with! x

RSVP below to join this FREE & LIVE webinar for Women: